The Mary Washington Monument is the only monument in the United States erected to a woman by women. The DAR's first resolution in 1890 was a pledge to complete a memorial monument to Mary Washington, mother of George Washington.

Mary Ball Washington brought into the world the man whose military leadership and executive wisdom ushered the United States into being. For the National Society, the Mary Washington Monument project “established the tradition of giving of ourselves for others,” said President General Marie H. Yochim in a centennial address printed in the October 1990 Daughters of the American Revolution Magazine.

In 1789, shortly after Mary’s death, the U.S. Congress passed a resolution to erect a monument in her honor. President Andrew Jackson laid the cornerstone in May 1833 at Mary’s burial site at Kenmore, the Fredericksburg, Va., home of her daughter Betty Washington Lewis. But progress stalled, and the monument remained unfinished. An ad in an early 1889 edition of The Washington Post announced, “The Grave of Mary the mother of General George Washington to be sold at public auction, March, 1889, at 4 p.m.”

Seeing this, Margaret Hetzel wrote a letter asking the paper to administer a fund to save the site and finish the monument. The dollar she enclosed became the first donation. Mrs. Hetzel served as an officer in both the National Mary Washington Memorial Association and the NSDAR, which were founded just eight months apart.

At the National Society’s organizational meeting on October 11, 1890, Founder Mary Desha introduced a resolution to support the completion of a monument to Mary Washington, and encouraged “every patriot to send in a contribution large or small for this purpose.” It passed unanimously.

The proposed monument had reached this stage before, but this time the two women’s organizations united to turn plans into reality. DAR members contributed nearly three-fourths of the $11,000 raised for the project, according to Mrs. Yochim’s centennial address.

As Minnie F. Mickley wrote in the March 1913 edition of American Monthly Magazine, “Thus the resolution of Miss Mary Desha’s, adopted at the first meeting of the Daughters of the American Revolution, has been faithfully fulfilled by the women of America … all joined in placing the monument to Mary the mother of Washington, erected by her countrywomen.” 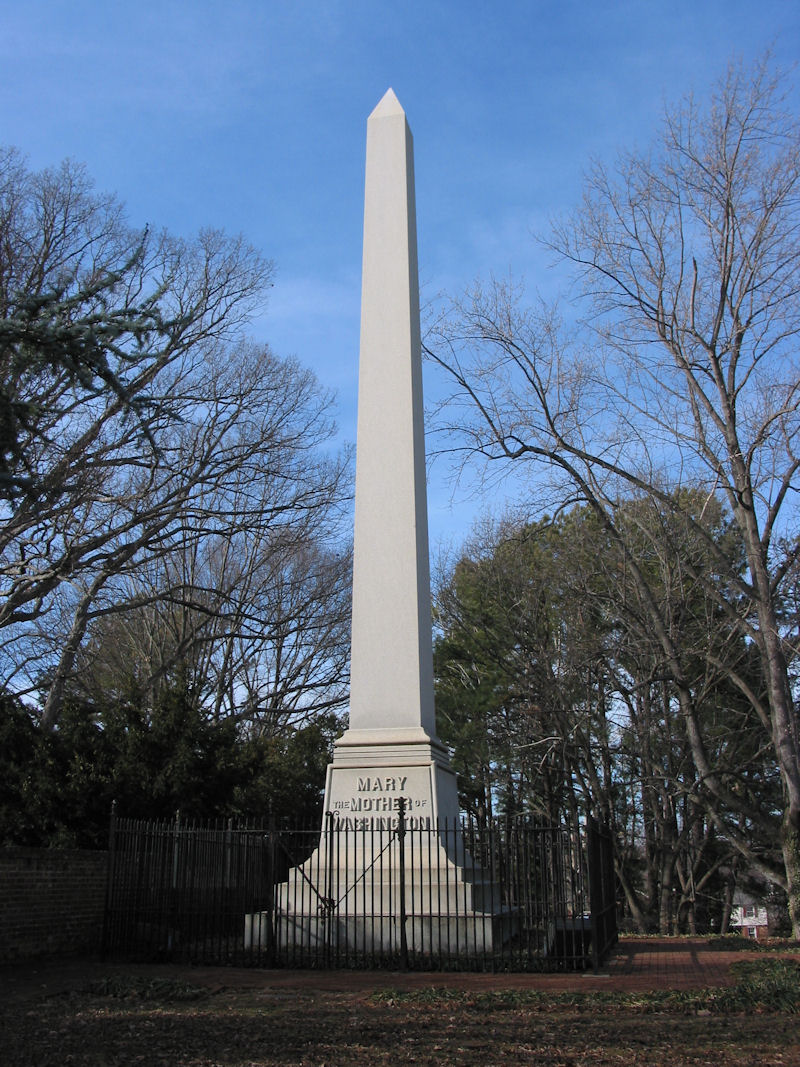 Information for the Visitors:

What you need to know if interested in visiting this destination: